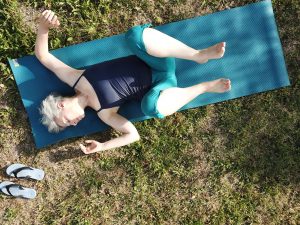 When I tell people I am a yoga teacher, I sometimes hear in response, “Oh, I’ve tried yoga. I didn’t like it.” When I dig a bit deeper, I find out that the person tried one particular style of yoga and is completely unaware that there are many different approaches to yoga bearing little resemblance to each other. Because of the long list of benefits available to yoga practitioners, it saddens me that their concept of yoga has been poisoned by one unfortunate or mismatched experience.

Did you know there are over 22 different styles of yoga, some more similar to others, but a handful that are truly unique and nothing like what most people think of when they hear the word “yoga”. So if you tried yoga once or twice and hated it, you might be missing out on the perfect yoga for you.

When I started researching this post, I myself was astounded and confused by the many styles that are out there, so I’m not the least surprised that complete novices are also confused. In fact, I discovered that many written descriptions of yoga styles are exactly the same, even when the actual practices have little in common. It seems words or phrases like, “individualized”, “focused on alignment”, “internalized” and “linking breath to movement” mean different things to different people! And just as often, I found that words used to distinguish one style from another very often proved to show very little difference in actual practice. To top it off,  many styles offer the exact same promises of stress-relief and/or being yoga “anybody can do”. So how is anyone able to discover the perfect yoga style for his or herself?

So, I’ve taken it upon myself to create the kind of guide to yoga styles that I was looking for but unable to find, one that compared and contrasted in one fell swoop.

Quick disclaimer:  when it comes to Hatha-inspired styles, I have not tried every one on this list personally, so my understanding is sometimes reduced to the style’s own description and any sample videos I could find. Also, not every style is represented, but I tried to include the most popular or widely known. I don’t go into too much detail about the contrasts. Rather, I focus in on the categories of contrasts to help you know what to look for.

In addition, let me clarify that there are many paths that fall under the umbrella term of yoga. This post isn’t about that, so I won’t be covering the differences between such paths as Raja, Karma, or Jhana yoga, for example, here. Instead, I’ll be focusing primarily on asana, or postural practices.

And finally, let’s assume that every style is about movement, breath and alignment, though perhaps to varying degrees and approaches…and that all styles will stretch you and work you in some fashion or other, with the ultimate goal being spiritual unification.

The Granddaddy of Them All? Not Quite!

Hatha Yoga is often described as the granddad of all other yoga styles. It can be traced back to the 11th Century CE. In other words, it all started here (that part is mostly true) and the various approaches that have since arisen have their roots in Hatha, with identical or very similar postures. This is the case for the majority of styles, but there are exceptions that are more like distant cousins of Hatha. I’ll go into those separately later.

So what styles of yoga closely follow the Hatha system? This would include the following:

Though each of these has its own twist (no pun intended) on yoga, the postures are recognizable across styles. That’s what makes them alike. So then what’s different about them? The words in parentheses provide some clues.

Generally speaking, they differ in considerable ways in the speed or intensity at which the the postures take place and the amount of repetition involved, the sequences of movement (how regimented and whether they are taught in “levels”) and how one gets into the postures, how long poses are held and whether they flow from one to the next or not, whether meditation, mudra, or chanting is an integral part of the practice, how much breathwork is incorporated, whether or not props are used, the temperature of the environment, whether is it  heart-centered, psychologically inclined, or themed in some way, and whether discursive teachings are considered an equally important aspect of the class. There may be additional aspects to consider as well, such as whether or not adjustments are given and whether or not adherents are asked to maintain a particular lifestyles such as vegetarianism.

Let’s talk about the styles of yoga that bear a lesser or barely noticeable resemblance to Hatha. In fact, to a greater or lesser degree, they don’t bear much of a resemblance to each other either, so let’s spend a little more time going into each one.

Kundalini – This may very well be the true granddaddy of yoga (it’s complicated) as it is mentioned in the Upanishads dating back 2500 years. In the interest of keeping this short, suffice it to say, the kriyas, or sequences, of kundalini are truly unique and meant to help cultivate the energy coiled at the base of the spine known as, surprise, kundalini. Though some postures bear the same names as Hatha poses, they are not performed in the same shape or fashion. Meditation is a critical component as is chanting and breathwork which are deeply integrated and interwoven throughout a typical practice rather than performed separately. Every movement, chant or meditation is performed to bring specific benefits to the body, mind or spirit. Kundalini is exceptional for strengthening the nervous system and exalting one’s spirit. It is said that Kundalini yoga is the yoga for our Aquarian Age.

Yin – The purpose of yin yoga is unique in that unlike it’s “yang” counterparts which are meant to invigorate and work the muscles, yin postures are held for extended periods of time to work with the ligaments, fascia and more plastic tissues of the body. It is a process of finding one’s edge within a posture, holding it and breathing into it, and melting through it only when invited by the body. It’s a practice that cultivates mobility and flexibility in a way that other styles simply cannot. 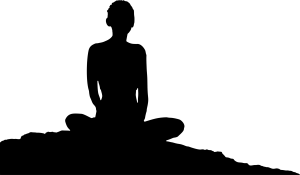 Restorative – When it comes to yin and yang, restorative yoga shares the yin category but it does not have the same purpose as Yin yoga. The name says it all; it is meant to help regenerate the body,  bringing balance and healing. It’s great for the overworked and overtired who need to nurture themselves. It is like Yin in that the poses are resting and held for longer periods. But unlike Yin, cushions and blankets (and other props), and lots of them, are essential to “propping’ up the body in order for everything to deeply relax.

Bowspring – I only recently became aware of Bowspring (and it is rather new), but it is definitely it’s own animal. In fact, it literally focuses on the inherent movement of the human animal. All postures arise from this bow and spring concept in which the knees are actively bent and the gluteals engaged while the chest if lifted and opened through what they call “radiant heart”. This curvy alignment is quite an intense workout and therefore more “yang” in style.

Somatic – I have a feeling that Somatic Yoga will one day need its own “22 styles compare and contrast” article. But for now, I’m speaking here of the application of somatic movement to the practice of yoga. The focus is on proprio- and interoception or body awareness. And while all yoga can be said to teach body awareness, not all of them teach body intelligence in the same way. Just ask the increasing numbers of people getting injured in more traditional yoga classes! The focus of somatics is neither on the external nor end result of a pose, but instead on the internal journey toward it. Think of it as “deliberate exploration”, a bit of an oxymoron, but accurate. It teaches practitioners to deeply listen to the wisdom of their bodies and helps to facilitate healing on multiple levels.

So, that’s it! I hope this has been helpful and will inspire you to try something new or try again if you made up your mind about yoga a long time ago. Bear in mind that even within each of these styles, each teacher is likely to have his or her own unique approach. I myself am less than a purist when it comes to my classes, incorporating anything and everything from Toltec Tensegrity to Chi Gong to Laban Movement Analysis. I know this disturbs some people, but for me, I wouldn’t have it any other way.

Ultimately, yoga is meant to be a practice for self-liberation, but it’s up to you what’s most important, what feels great, and what feeds all parts of you. Once you’ve identified what you like and don’t, it will be easier to hook up with the right teacher.  Namaste!

PS: Would you like to shed some light on a style represented here that you feel is incomplete? Send me a message.

22 Yoga Styles?? Help to Find the Right One for You
Get the Newsletter