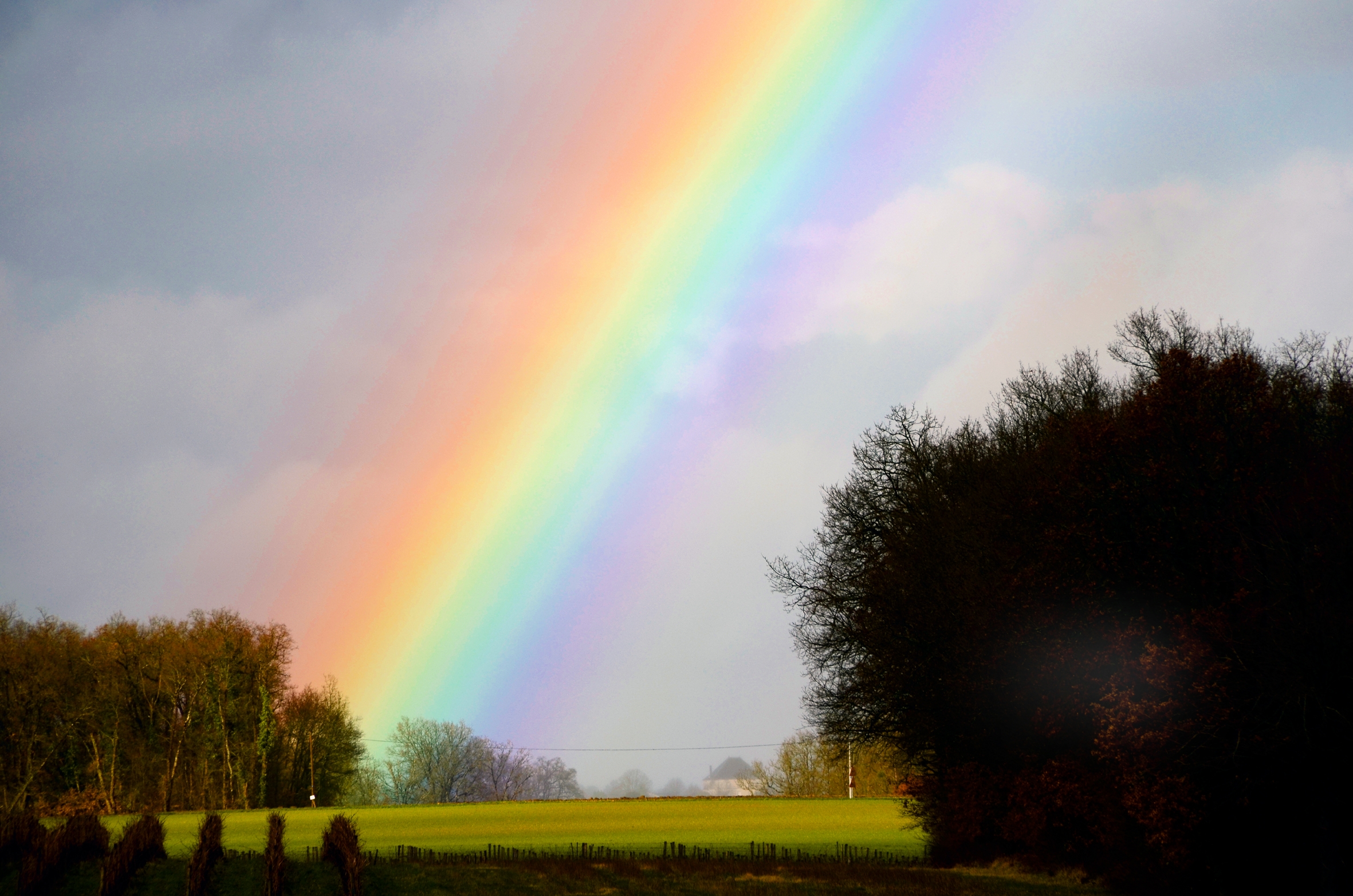 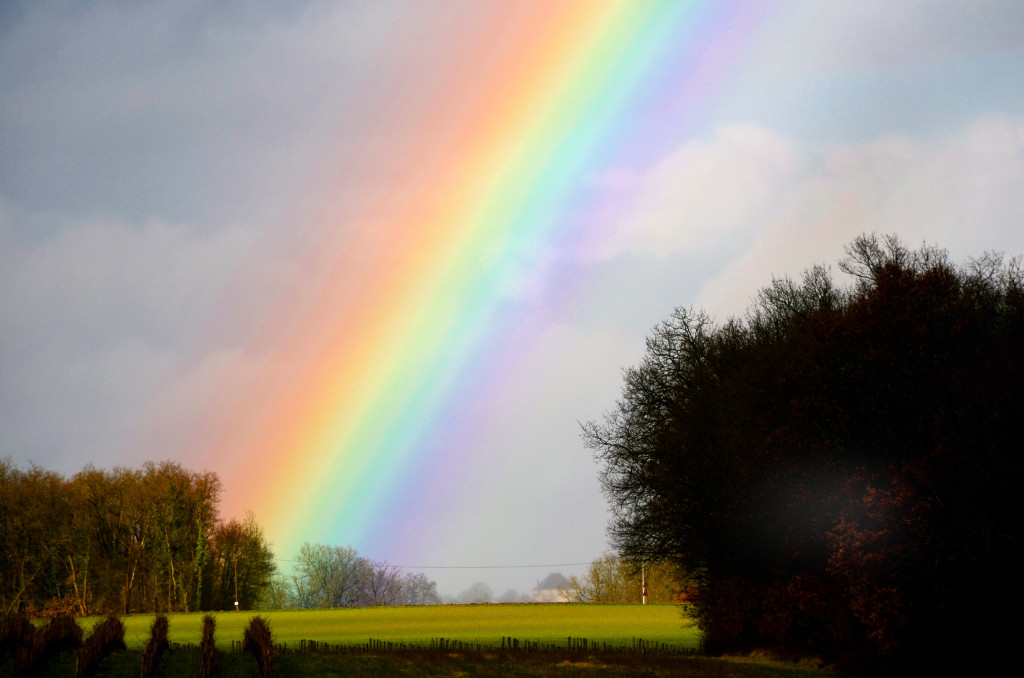 Here I offer short and sweet soundbites that I’ve gleaned on my path, learned from clients, or picked up from others along my journey. May they serve as inspiration on your healing path…

So you want to know how to spot fake news and/or concepts? Here’s the primer.

1) Ask yourself, do I believe or want to believe or not want to believe this because of some unexamined or deep-seated, possibly even generational fear? If the answer is yes, do not go to step two. Do your work here because you cannot see clearly. Period. Even if you answer is no, do not go to step two. Your task is to develop enough personal power to begin discerning fact from fiction. Simply put, we don’t know what we don’t know and there is grave danger in that because herein lie the blindspots. In fact, you might even be reading this thinking, “What fears? I don’t have any fears” or “I’ve dealt with all my fears, thank you very much.” This doesn’t mean you have to let others tell you what to think, though. It means you’ll need to be comfortable in the recognition that you don’t know…which applies at every step anyway. When you can admit that you don’t know, proceed to step two.

2) Are you believing or wanting to believe or not something for purely or mostly egoic reasons such as wanting validation for your beliefs, wanting to be right, wanting to feel superior, etc? If there’s any of that energy operating, don’t go to step 3. Instead develop a meditation practice of some sort or other that allows you to recognize that part of you which never changes. Once you’ve gotten in touch with the silence and have built the muscle required to drop your certainties and thoughts that you “know”, you may progress to the next step.

3) Made it here? Congratulations because it is all about to get a lot easier assuming you’ve actually done the work of step 1 and 2. Now then, observe your body. Does the news in question “ring” with truth or not? If it pings, it is true enough. If not, it isn’t true or true enough…not yet and maybe not ever. Withhold any certainty until more information or contrary information is revealed. Trust that when you do hear the truth you will know the truth because the truth is who you are.

This came to me last night after being asked the question how to tell anymore the difference between real and fake news. And let’s face it…so many of the experts trying to help us sort this out ARE fake news. So, it is the crisis of our day, to be sure. It was only after receiving these three steps that I realized they mirror the Toltec masteries of Awareness, Transformation, and Intent. The spiritual warriors who mastered their intent became “seers” or clear mirrors. This world is in dire need of more seers. We all need to do our part to become one.

Humans tend to complicate things. We like juicy stories with plot twists and long…and even better, neverending, lists of things to accomplish. We like creating sophisticated systems and putting our very large, unique John Hancock on things. But what is most important is so so simple and so very unpersonalizable. Every day, I am astounded at how much more simple it is to live and love, and how all the things I thought were important to me and my sense of self seem to just melt away in that ocean of simplicity. All the complication is just a pillar of salt floating in an ocean. It isn’t going to last long anyway so might as well get used to the idea of dissolving.

The fact is, anything that has your full faith has the potential to cure you. That’s the power of belief. There’s absolutely no harm (though many would argue otherwise) in placing your faith in any story you choose. We all do it…all the time!!! Ironically, many argue that one story has more validity than another…more scientific evidence, more historical basis, more whatever. The only thing a more widely held belief has is a stronger collective faith behind it. When you reclaim the power of your faith, you can place it in the most beautiful story YOU choose and say to hell with every naysayer. Am I condoning pie-in-the-sky alternative fact drivel? Hardly. The thing is, what is true doesn’t need anyone to believe it, and I’m not advocating the reinforcing of a denial system. But I am, however, recommending the cultivation of a delight in the fantastical realm of possibility.

Dielle’s Healing Wizbit: Did you know that 98% of our brain doesn’t even use language. That’s right. Language only uses 2% of our brain matter. But almost all of our time is spent stimulating this 2%…over and over, again and again. BORING!!! No wonder we keep repeating history and making the same mistakes.Wanna break out into the other 98%? Ah, now for that, you’re going to have to take some chances, face some fears, make some mistakes, and be willing to look a little crazy to everyone else. Up for it?

Have you all seen the movie Pleasantville? My thoughts today reminded me of that movie. I was considering how my recent habit of calling things “pasty-white” is so descriptive but misunderstood. People think I am referring to race or something. But what I’m truly referring to is a narrow and fixated state of mind upheld by fear and ignorance. The “pasty-white” minds are like the black and white people in Pleasantville; they are too easily misled and defend their limitations to the death, imposing those same limits on everyone else. I much prefer “people of color”. And again, here I can be misunderstood to be referring to a person’s race. But I don’t really care one jot what color someone’s skin is. The people of color to whom I am referring are the one’s whose hearts have been opened by the fires of their Truth and inner power, who know how to create beautiful things that celebrate and help not just themselves but all creation, and who aren’t afraid to radiate with all the colors of the rainbow, even in a room full of pasty-white mentalities. They are the people who were sent here to help you radiate with all that color too. But you have to let go of your shame, guilt, fear and resistance!!! You are rainbows, my dears! Not pasty-white shadows.

I recently saw a post about the late BobRoss, public television’s famous art teacher. Someone told him they couldn’t paint because of colorblindness, so Bob painted a beautiful picture in black and white. It’s no different with voice. Someone might decide he can’t sing because he’s tone deaf. But there are people who sing in black and white and others who sing in color. The point is, everyone has a voice with which to create things of beauty and healing. Know your limitations but never exaggerate them.

There will be those in your life…family, friends, complete strangers…who just like to start something. Out of boredom, fear or suffering, they will strike out at you and offer you their poison. There are different stages to dealing with such challenges. At first, of course, we are prone to be sucked in, giving them exactly what they want…our energy. First, we must learn to set boundaries, especially with those we love. Sometimes, we have to spend less time with someone. We often have to learn how NOT to respond. After some time, we must learn to witness and take responsibility for our reactions in our interactions. As we watch ourselves, we learn to deflect the poison arrows that come at us. And when one lands, we clean up within ourselves the places that resonated and allowed us to become entangled. At some point, we may even be able to accept the poison out of love in a tantric act to alleviate the fear or suffering of other. That, of course, is pretty high level stuff. Aim high.

Is is true that most of us already know enough to be free. We simply don’t apply what we’ve learned. So we reach for the next book, the next guru, the next self-improvement workshop. We feed on intellectual stimulation and fail to integrate those ideas into action. How do we start to integrate what we’ve learned? Often by letting it all go. Be willing to empty out all that knowledge and let it be replaced with knowing.

Anything we bury or swallow, the things that would otherwise arise spontaneously in us, will eventually turn toxic to the body if we refuse to deal with them. What we press (be it through repression, oppression, depression…) becomes compacted and stagnant, making it harder and harder the next time to go with the flow. It becomes a lifelong game of chicken. How long can one avoid one’s truth in order to feel safe before disease strikes? The path to healing requires us to become warriors of our truest expression. No one said it was easy. It does however have an incredible payoff called liberation.

Today, I introduced sound healing meditation to a small group of yoga students. A few were familiar with what I offered. The others were not. The ones who were more familiar were able to really let go into it and later talk about what they felt describing the subtle sensations they had experienced. The ones for whom it was a new experience had more difficulty talking about it afterwards. Energy is like that. I remember the first time I was exposed to a gong bath. I didn’t know what to expect. I left that room feeling completely altered, but I had no idea what just happened. That night, I kept hearing the gong in my head all night long. Was it good? Was it neutral? Was it detrimental? It was the weirdest experience of my life at the time. Now, I’m used to the powers of sound to shift states and energy. All this to say, when it comes to energyhealing, we don’t always (and often can’t) understand or rationalize what we are experiencing. Fortunately for us, we don’t have to. The healing happens anyway. I can’t tell you the number of times people think nothing significant happened, until a week or so later, when they realize they no longer feel a certain ache or are no longer reacting to life in habitually ingrained ways, doing things they previously were afraid to do without a second thought.

I was working with a client yesterday, and we talked about how the body, loyal servant that it is, takes on our unprocessed emotions. While the body is certainly capable of helping us process emotion, through movement such as dance for example, it is not meant to be the warehouse of them!! If dis-ease is manifesting in the body, signaled by discomfort or even pain, it is a clear signal that the body is being asked to do more than its fair share. Time for us to own whatever it is we’ve been resisting and let the body know it isn’t responsible for storing and stuffing what we haven’t wanted to feel. Healing is a path of owning up!