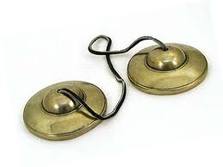 Last month, I had the privilege of taking my mother to the doctor’s office. It was a stressful affair for me, and likely for my mother as well, though she acted as if it was nothing. We entered the lobby, sat down to fill out the paperwork, turned it in, and then sat back down and waited to be called. The wait gave me the opportunity to tune into the music (though in this case, I use that term very, very loosely) that was being piped through snap, crackle and pop speakers.

Did no one realize that they were listening to nothing more than disruptive static? Were all oblivious to the impact this noise was having on their bodies, minds and spirits? Did the whole purpose of music in the first place completely elude them?

I blinked incredulously and squirmed in my seat. I could no longer hold it in! Well, okay, I didn’t quite make the scream that I felt rising up from my belly. Instead, I got curious.

“Excuse me, but is anybody enjoying this music?”

The Asian on my right shook his head, “I’d rather have silence.”

Then to the older man across from me. “And you?” I asked.

And from the young man on his phone, I got merely a silent shrug that said, “Who gives a crap?”

Well, I give a crap! I give a crap that music, the most powerful healing tool on the face of the planet is abused and misused and treated with irreverence and ignorance every day in restaurants, waiting rooms, airports, stores, and everywhere humans hang out.

This was a doctor’s office…a place of supposed healing! Why wasn’t there relaxing and healing music being played over a sound system that could deliver? And why, dear God, why, was there any noise at all when there could have been blissful silence?

There is a total lack of consciousness going on around sound in our environments. And it really, really creeps me out! You know what happened in this doctor’s office? Once I mentioned it, someone tuned the dial and voila, it was still an awful choice of music for a medical space but at least it was actually music as intended.

Had I not said anything, would it have gone on like that all day long…week after week?

Numerous times, I’ve been in a waiting room with some CNN or other news show yammering on and on. I walk up and turn the damn thing off. No one has ever complained yet. In fact, they often thank me.

So here’s my plea. I know I am talking to people (preaching to the choir, so to speak) who understand the importance of this. If you find yourself in an environment where the music is too loud, or there are too many sources of noise, or something isn’t right with the sound system, or the ambient noise is totally out of balance, please please please bring it to someone’s attention. Help them to hear what they just cannot perceive until someone of more sensitivity points it out.

We need to create a world of harmony and balance, and frankly, it seems people are becoming less and less sensitive to a constant and increasing barrage of noise.

Is It Just Me or Is It Noisy in Here?
Get the Newsletter