In 2012, the Pure Heart Ensemble launched a CD, Bliss of Being, at the White Horse in Black Mountain. It was an amazing experience. We played to a “standing room only” crowd and even ended the night with a standing ovation…and not just because people were already standing!  ; ) 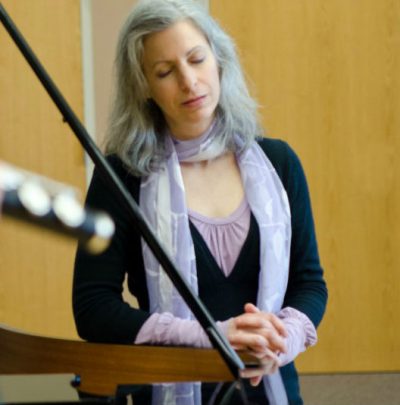 I felt incredible love and appreciation being both given and received by all present. For me, it was a night to remember.

So what happened? Every self-doubt I have about myself rose to the surface the night before the show. A tornado of thoughts spun in my head. I’m going to make a big fool of myself. I can’t do this. I’ll never be able to do this. I was completely aware of them but not quite able to turn them around. I know this happens to a lot of performers…especially perfectionistic ones.

I was in complete and utter fear. I “knew” I was out of my league, trying to sing with these stellar, well-trained, “real” musicians. I am a joke. They are surely thinking they’ve made a mistake inviting me to be part of this ensemble. I am doomed to be replaced by someone who can really sing and who knows an A# from a G on paper.  I’m going to let everyone down. I am going to utterly humiliate myself, and on and on thoughts flashed through my head.

With each disturbing thought, I then had the thought that I was totally out of control with my thoughts…not to mention my ability to sing through all this. That just compounded the problem. Clearly, there was something going on within me far beyond the situation at hand. What I really wanted to do was run screaming to the bathroom to cry. Instead, I was determined to hold it all together…which probably just made matters worse. Did I mention the whole damn thing was being videotaped? I probably should have just run away crying. I would have surely been fine within five minutes or so. Embarrassed, but fine.

Instead, I sucked it all in to the point of feeling quite the insecure diva and fantasizing that I’d have an accident on the way to the show and not have to sing at all! I wanted to escape my certain humiliation that much. Fortunately, the witnessing side of myself was skeptical of my unfolding inner drama. The mind is nothing if not entertaining.

When I did finally get home that evening, in the safety and privacy of my home, I did cry. I remembered being on TV in the 4th grade and how a group of my peers made fun of me the next day. I felt all those feelings of not being worthy, of not being good enough, and on and on, moving up the spiral of healing to a new place…a place that would allow me to be present for the actual performance, a place that was asking me to hold a higher frequency of self-acceptance and confidence…something I could then transmit to whoever came to the concert.

I came to the point of accepting my fate be it humiliation or whatever else was in store. I would survive. Arriving at acceptance and detachment from outcome, which was possible only from going through the storm (not around it or over it or under it), calmed me completely and delivered me to a whole new level of being…the Bliss of Being. Was the drama necessary for me arrive? Well, it was this time around. Next time, maybe not. So often, we judge ourselves for the way things unfold. We forget, maybe because we don’t like the idea, that we aren’t in control.

I suppose this may surprise some people who think an experienced performer such as myself has already overcome such thoughts and feelings. I am a transformational voice coach for heaven’s sake, a person who helps other people use the voice to purify themselves and lead them into authenticity. But no, I still have these experiences…usually when I’m stepping up in some way. The point is, I go through it. I don’t let the fear, the thoughts, the feelings paralyze me, though they so easily could have. Neither do I buy into the “buck up” attitude many people will prescribe with unwanted advice to make themselves more comfortable. I’m voluntarily and completely in the discomfort of my emotional states until I am out of them. I know too well the gold they hide to turn the other way.

I share this story because I know people do let themselves be paralyzed from stepping out of their safety zones. They believe the thoughts that say they can’t, shouldn’t, and don’t deserve it. They have the emotional fear which seems bigger than they are. Or worse, they think they have to push away their doubts and feign some more appropriate image. What a tragedy of lives unlived and creative expressions never realized. But fear is always a tiny mutant shadow that only looks big and ominous when we refuse to look at it.

When we face our fear and allow the depths of our honest feelings, we discover a reserve of strength within us to accept what is. We step beyond our limitations into new territory. We grow. And then we really have something to share…an openness that heals.

From bad rehearsals, to terrible speeches, to botched performances, to humiliating auditions, what lessons have you learned from continuing to step forward and in deeper? 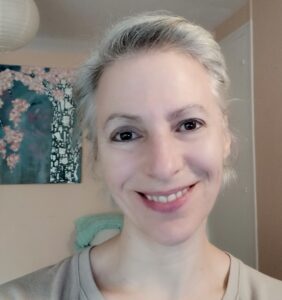 Beth Ciesco is your Selfcare Specialist, a certified yoga teacher and meditation facilitator. Check out the rest of the website to learn more about Restorative Healing Yoga, Mirror Meditation, E-Motion Alchemy, and Voicework as capital S Selfcare tools. You can also follow her on these sites:

Bliss of Being: Lessons from a Bad Rehearsal
Get the Newsletter