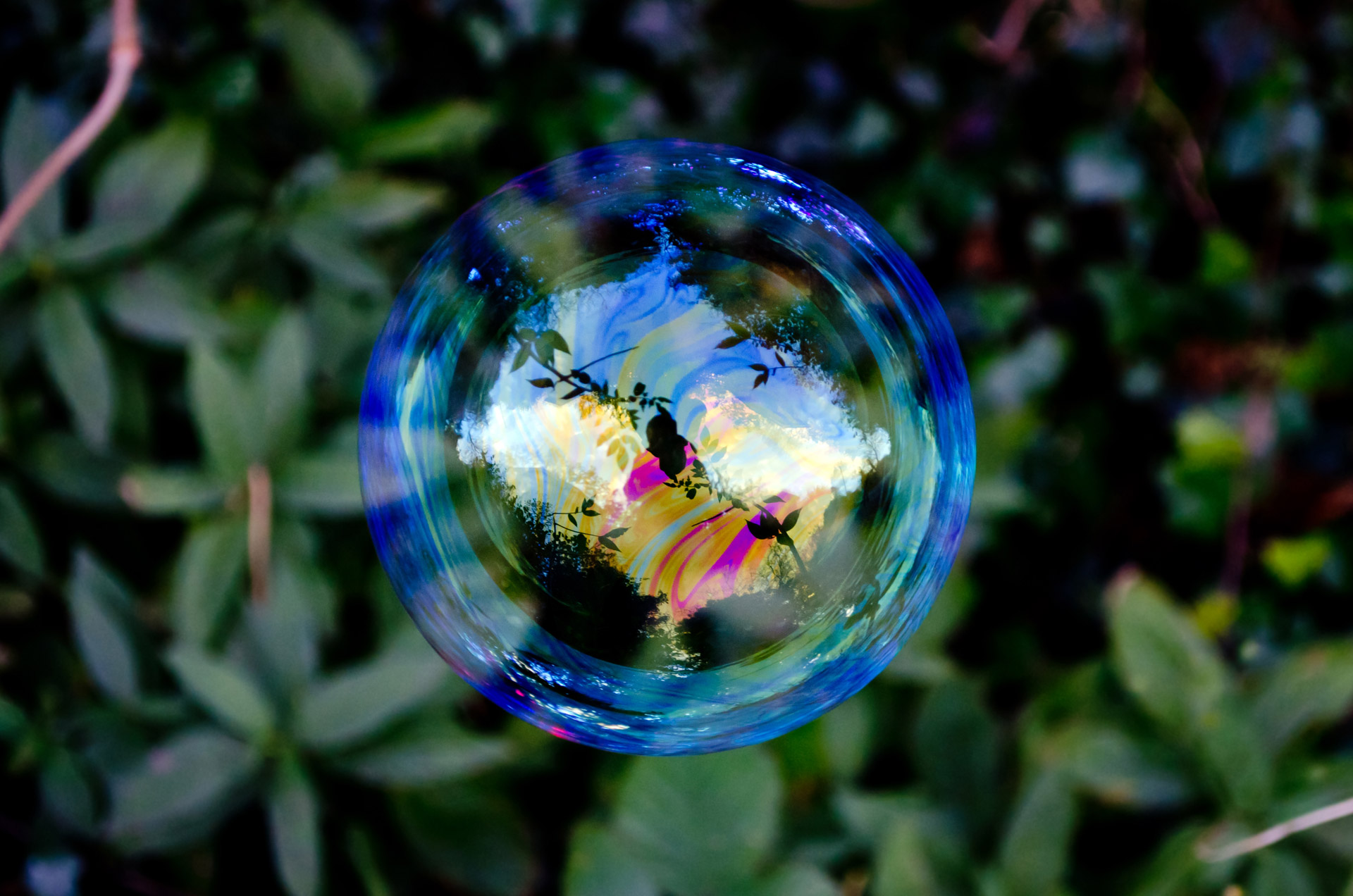 This October, I spent a month in Ibiza, Spain doing something I’ve thought about doing for at least half of my life. I took a 30-day  yoga and mindfulness teacher training with Still Flowing Yoga. In my next several blog posts, I intend to write about the three most significant lessons I learned there. I’ll start with the most mystical of them today.

Living in a house with a dozen or so people I never met was perhaps my greatest challenge…that and being stuck on top a mountain for 30 days with no where to run. I was often challenged by the noise, energies, lack of space, and differences in priorities.

One day, when I was about to be particularly challenged later in the day, I was sitting on the couch next to the yoga shala . The house was mostly quiet at that moment. I don’t remember if I was reading a book or on my computer. Something caught my eye over to my left. It was a soap bubble….out of nowhere. One single bubble that popped into existence in the middle of the shala. I looked at the kitchen, wondering if someone was washing up. Perhaps a bubble had escaped the sink…even though that would have been quite a stretch. But no. There were two people in the kitchen, but the sink was idle. Besides, the kitchen was fairly contained and quite a distance from the point of origin of this bubble, a iridescent circle no bigger than 2 cm.

It rose, dancing slowly, and floated toward a window. I thought to myself, half jokingly, “If this is a being with a message, come toward me.” At that point, the bubble abruptly changed direction (seriously!) and floated directly toward me, like Glinda the Good Witch. It took its time, passing right before my face as I leaned back out of its way, touched the pillow at the opposite end of the couch, and poof! I was stunned and delighted. But I had no idea what it all meant.

It wasn’t until several hours later that the full message came through. I was having “a moment”, grappling with age-old disappointment that had arisen as a result of a let down about something which seemed so important at the time. In the height of my inner tantrum, I realized that people are like bubbles. They pop into existence, into our living dreams, and just as quickly pop out again.

All the people who have ever disappointed me in life, where are they now? Yet that sense of disappointment that I’ve carried all these years,  why does that remain? Is that as insubstantial as the people who brought it? Yes! Yes!  At least it can be.

Everything is temporary and not nearly as solid, enduring, ego-challenging, and humor-stealingly serious as we make it out to be. Nothing.

And then I realized the greater lesson…I too, or who I believe myself to be,  am nothing more than a bubble. I have popped into this existence to live the dream of Dielle, and one day, I will pop out again. Poof!

And I pop in and out of other people’s dreams too, just as they do in mine. I will bring some of them pleasure and some of them pain. I very often have no say in the matter, so maybe the bubbles I encounter in my own dream don’t always either. Maybe it is I who project meaning onto their mirror-like surface and vice-versa. Some mirrors are clear reflections and others may be a bit more distorted, but that’s all part of the fun house of life.

So rather than sweat the endless stream of passing events that happen and wish life’s lessons were somehow easier, better to enjoy and savor each little moment, be it fabulous or fuckery. Better to live in awe that bubbles appear at all to teach us our lessons, seemingly from out of nowhere.

We are bubbles, insubstantial little floating orbs that catch the light, but only for a time. We float and cross paths, sometimes lingering, sometimes moving on quite quickly. In the blink of an eye, we can be gone from one another’s dreams. Cherish the miracle of who shows up, no matter who and no matter what they’ve come to say or share. They’ll be gone soon enough.

To all the shining orbs I met in Ibiza, thank you for popping in and out of my dream to say hello and for the magical, mirrored surfaces only you could bring.

Lessons from Yoga Teacher Training – Part I
Get the Newsletter