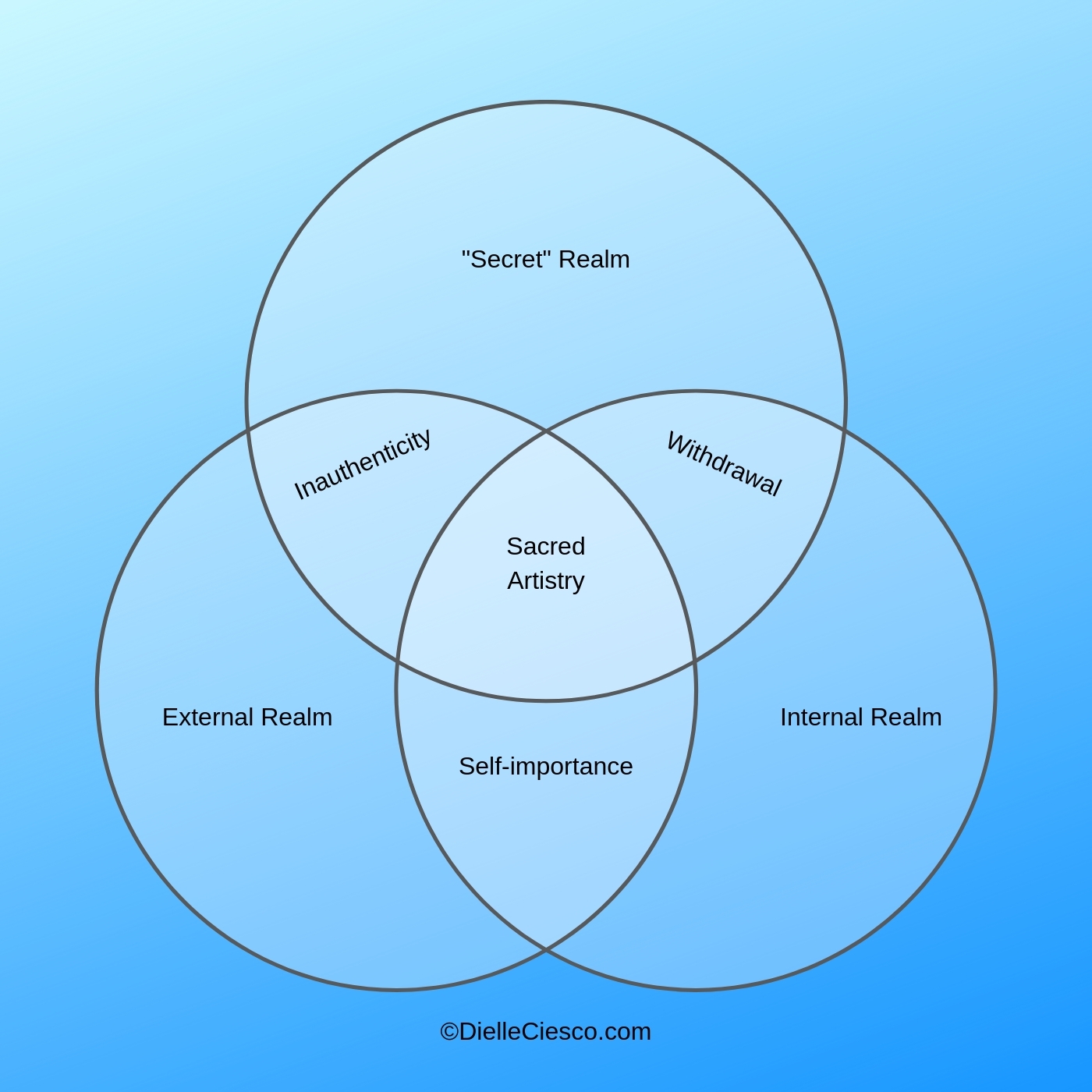 I’ve been writing about path and purpose—how we can never really be off path or without purpose, not really. And last time, I wrote about the multidimenional nature of our path—how our path has a sort of low octave and a high octave version, so to speak.

Today, I’m going to share with you why so many people are only living out the lower octave version of their life’s path. Now, this is a very long and complex topic, so I’m going to keep it simple and just offer a bit of an introduction to start us off.

This comes from a body of work I created many years ago as a vocalist when I was working both as and with performing artists who wanted to elevate what they offered their audiences. In other words, we wanted a higher octave on stage!

I only recently revisited this work, and I was surprised to realize, after all this time, that the work isn’t only applicable to performers. It is meant for anyone who wants to elevate the artistry of their life and manifest the higher octave of their life’s path, whatever it may be. You might not consider yourself much of an artist and be confused by the term “sacred artistry,” but I assure you, you are indeed a creator. Your life is your creation.

What I also realized is that that this body of work offers an important means to understand why the majority of people in this world are still living a lower octave life. So, let’s dive in.

Intersection of the Three Realms

This diagram represents three realms or dimensions of life. Let’s take a closer look at its parts, starting in the bottom left. The External Realm is the outer world. It is everything that is exterior to your sense of perception. It’s other: other people, environments, objects, memes, etc. It is the realm which is most familiar to a majority of us.

The next section on the bottom right is the Internal Realm. This represents everything about you: your thoughts, your feelings, sensations, physical body, experiences, memories, etc. Everyone has a certain level of awareness of this realm but the range along the continuum is quite large, and a much narrower part of the population has been initiated to deeply explore this realm. Obviously, if you’re even reading this, you have quite a bit of awareness in this realm.

The final realm at the top I refer to as the “Secret” realm which in the Tibetan sense of the word means “hidden.” It represents the unseen world… what we cannot comprehend, explain, or quantify. It is the soup of eternal mystery. It is the realm which the majority of the population isn’t even aware of, let alone interested in on a more than superficial level. In fact, it is a realm which is often relegated to religion or superstition and has by and large been dismissed, feared, and/or forgotten. And that is why our society is so sick. But more on that later.

Now, let’s take a look at the cross-over sections, which represent the imbalances that can develop between realms. Between the External Realm and the Internal Realm, we have “self-importance”. Self-importance is the idea that we are more important than others. Our experiences are bigger, better, worse, and the center of our own attention, and the ills that go along with it are greed, control, corruption and power-mongering.

Between the External Realm and the Secret Realm, we have “inauthenticity.” A person who exists primarily between these two realms might be all talk and no walk. It’s typified by hypocrisy and denial and repression. The concern is image and maintaining image at all costs.

Next we have the Internal Realm and the Secret Realm imbalance which is identified as “withdrawal.” This is by and large about protecting one’s idea of self. Vulnerability is too painful, and so in exchange we have the potential for shame, guilt, apathy, victimhood, arrogance, and isolation.

Imbalances can occur anywhere at any time and in multiple places at once.

But with a balance of all three realms comes the center spot of our diagram through which Sacred Artistry can arise. Sacred Artistry is the sweet spot of a high-octave life. It is the harmony created by the three-note chord of the three realms. When we learn to live our lives from this fulcrum point, we are aware of actively exploring and caring for all three.

When we enter Sacred Artistry, we live a life in blended balance. And this creates a fusion that can take you from a low octave life into a higher one. It isn’t that any realm is better or more important than any other. All three are essential components to Sacred Artistry.

But as I’ve already mentioned, it is a deeper awareness of the Secret Realm that is the key to opening the portals into Sacred Artistry. Up to now, humankind has placed all emphasis elsewhere. Indeed this realm has even been “kept from us” or only accessible through some other being with spiritual clout. It has been ignored, denigrated, dismissed, etc. But now, it can no longer be so easily ignored if humankind is to progress. And there is much healing to be done. So if we are truly wanting to live the highest possible manifestation of our life’s path, indeed if we are falling into the myth of “off path,” we must give this realm a great deal more of our attention in all aspects of life. We must heal all that keeps us feeling separated from and lacking trust in this Great Mystery.

Sacred Artistry & Living a Higher Octave Life
Get the Newsletter