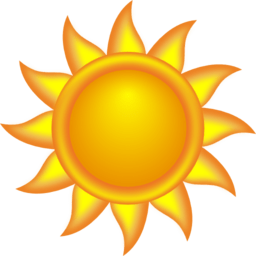 The French king, Louie the XIV unveiled for us the immensely beautiful Hall of Mirrors (also known as the Galerie des Glaces) in his palace at Versailles in 1684. This hallway was a tribute to light, decorated with 17 grand windows opposite 17  mirrored arches with dazzling chandeliers dripping from the ceiling and gleaming silver furniture. There are actually 578 total mirrors in the room. Can you imagine? Some components of the hall were sold to help finance the war in 1689, but much of it remains intact for lucky visitors today.

The hall was constructed to signify France as a powerful cultural and economic center, but it also served to magnify life in court. Mirrors were a symbol of wealth, and not just because of their great expense. They radiated light. Indeed, Versailles was a symbol of the center of the Universe from which all power emanated outward. It was Louie himself who chose the symbol of the sun to represent him, thus staking claim to his nickname, The Sun King. The hallway was used regularly for family and court functions and as a daily passageway. What would Feng Shui have to say about that!? And could we please all meet for a mirror meditation there?

Interestingly, the Hall of Mirrors is located between the Hall of War and the Hall of Peace, in which the Treaty of Versailles was signed many years later, bringing an end to the first world war in 1918.

To learn more about this lavish and fascinating building and time in French history, visit The Chateau Versailles.

The Sun King & His Hall of Mirrors
Get the Newsletter