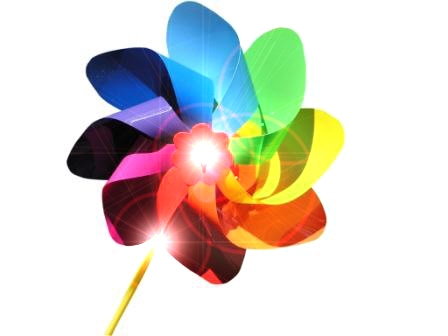 I’ve been on a quest since the beginning to aptly name my work. I’m still searching for the right words to describe what Transformational Voicework is…and isn’t. It’s one of those “you have to experience it” experiences. Finding the right words to explain what must be experienced to be known is and will probably always be impossible. But I keep trying! I even wrote two books about it.

It has always been challenging describing and defining my work. Use the word “voice” and people think of standing in front of a room shaking or standing in the back of a choir shrinking, and worse yet, screaming…as if that’s all the voice had to offer us. They think of words and lyrics, yells and squeals.

At first, I called my work Shamanic Voicework because the practices developed out of my experiences with Toltec shamanism and the exercise known as recapitulation. Forget the fact that it also combined elements of Creative Drama. After all, I couldn’t very well call it Shamanic Creative Drama Voicework! But the word “shamanic” was a trigger for a lot of people while others just felt is was too woo-woo, so I changed the descriptor to “transformational” since when people engaged in this work, that’s what was happening. They were transforming. They were losing inhibitions and tapping into buried creativity and expression. But while this describes the result, it doesn’t really explain the purpose or process.

THE PURPOSE AND PROCESS

The voice is a powerful tool for healing, but few people think about the potential of the voice beyond speaking and singing. They take the voice for granted instead of realizing the incredible magic if offers. But I couldn’t very well call it “healing voice” or use more technical types of words because there were already too many associations with speech therapy, another common mistaken association. And I couldn’t call it “voice yoga” because my friend Kara nabbed that one! 😉 But actually, even that didn’t quite reach the heart of the method I’d created. For years, I’ve been making due with Transformational Voicework.

But now that I’ve left a city where every other person is a yoga teacher or massage therapist to live in a country where few people even know what Reiki is, let alone something called Transformational Voicework, I’ve had to rethink things again. I’ve had quite the brainstorming session, and words like “metamorphosis”, “catharsis”, “unwinding”, and “opening” came up.  So did “evolution”, “revolution”, “rapture”, “genesis”, “deconditioning”, “purification”, and “reprogramming”. But some of these are already in use in a different way. For example, there are musical artists that call themselves “Vocal Revolution”. Besides, some of these words are no less “woo-woo” that “shamanic”.

Other words came to mind, like “primal”, “divine”, “sovereign”, “instinctual”, and “reflexive” …along with plenty of silly phrases like “Voice Hurling” and “Vocal Roto Rooter”…along with nutty mash-ups like Evocalvox. There were also words like “authentic”, “pure”, “satisfying”, “archetypal”, and “heartfelt”. “Imaginative”, “creative”, “uninhibited”, “liberating”, “adventurous”, “natural”; each of these words plays such an important role in the type of voice work I share with clients. But how do I get that across in three words or less? So many words, each of them saying something important about the techniques I offer, but no one able to encapsulate the energy-moving, life-altering processes.

While I thought I was onto something with the word”release”, a major aspect of the work that has to come first to get to the juicier parts, it too presented problems. Short and sweet, but associated with screaming,  it was perhaps too easily misinterpreted. Alas, “Vocal Release” is already in use to describe a singing method anyway.

Another word I really like is “intuitive”. The head has to be removed or the sounding isn’t natural and indigenous to the body; it is still far too conditioned. The voice (or the mind that controls it) requires deconditioning. But while I would be referring to mental deconditioning, voice therapists already use the term to describe degenerative states of the vocal mechanism, and I certainly don’t want that connotation! I love the word “intuition” which reflects that the sounding isn’t about following a sheet of music or trying to sound a certain way. But using “intuitive voice” alone connotes channelers and psychics.

I recently came up with “Intuitive Vocal Release” and tested it with a small audience. The usual connotations arose: singing, screaming, shouting. Some people thought it was downright wordy and empty. Granted, they have nothing experiential with which to relate it…nothing but singing, screaming, or speaking. The usual. But that’s not what I teach. Transformational Voicework is a series of processes that take a great deal of coordination with attention on very subtle changes, utilizing breath, movement and the full palette of the voice to move emotion, energy, stagnation and pain. Tranformational Voicework is a way in and a doorway out.

Transformational Voicework will have to stand for now. Regrettably, I am aware that misunderstandings of my work continue. Most clients who show up for the first time at workshops tell me, “I have no idea what this is. I just know I have to try it.” Such brave souls and always ready for the experience. With others, for example random people who ask me what I do, there are always assumptions more so because there are no concepts other than singing or speaking with which people can relate. Sometime, I just give in exasperated, “I’m a vocal coach.” At least they can wrap their heads around it. Someone suggested the word “experimental” and while it requires a sense of exploration for the person going through it, I don’t like the connotation that there is no method to the madness. I know where it all leads…to the “exalted voice”…something I’ve seen and been blown away by time and again in my clients who are fortunate enough to allow themselves to go that far.

I’ve been trying to label all of this, to develop a phrase that narrows in on the most essential elements of this amazing work, but maybe it is the heart alone and not a name that needs to call people to this path. I’m okay with that.

Transformational Voicework: What the Heck Is It?
Get the Newsletter