It was in the year 2000 that I began my first of several shamanic apprenticeships in the Toltec Eagle Night Lineage of don Miguel Ruiz, author of the iconic The Four Agreements. Now, nearly 18 years later, those four little agreements mean as much if not more than ever. They have proven to be much more than the words that comprise them; they are little packets of deep wisdom that have continued to unfold and reveal themselves over the years. 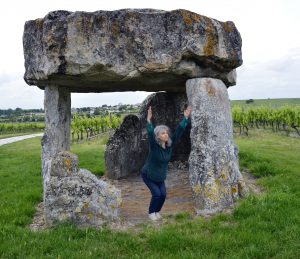 While I was on my yoga teacher training in October of 2017, I realized that these four agreements have a place in my yoga practice, too. I present them here, not necessarily in the order originally presented!

As we practice,  it is crucial that we neither make assumptions about what yoga is and isn’t nor what our body can and cannot do. In regards to the latter, it will always be different from day to day (see the 3rd agreement!). And in regards to the former, well, there are plenty of misconceptions about yoga in the Western world. It isn’t just some exercise program, though many have reduced it to such. Yoga is an ancient and holistic wellness system  that engages the mind, body and spirit. When we take the reductionist view and turn it into a good workout, we completely miss the gems that yoga is meant to provide a life. If we’re teachers, we perpetuate this misunderstanding in a world that is desperate for the deeper gifts yoga offers.

This also applies to how we approach a pose. If we have some construct in our heads of how, say, Trikasana looks, we might take our body there with our mind and fail to feel the actual journey that the body takes there. This is a surefire way to be injured. Instead, we should come to a pose as if for the first time each time, taking our time and listening deeply to the body.

When we make assumptions, be they about yoga or meditation or someone’s motivation for doing something, there’s a pretty good chance we’re going to get it wrong, either putting ourselves in a box, putting someone else in a box, or just creating a lot of unnecessary drama.

Yoga has become a bit of a competitive sport, if not openly so, inside the heads of those taking classes. We see our neighbor doing a perfect wheel and we take it as a sign that there is something lacking in us. We watch the skinny ballet-like figure in the picture and compare our bulging selves. We do more than we should to save face and wind up with a pulled muscle.

There is nothing personal in having the body you were born with. Yes, it’s yours…for now. But what it looks like and moves like isn’t about you. It’s structure has been deemed perfect for you in this lifetime by something far more intelligent than the personal mind.  If you have an injury or disability,  it is not a punishment. But it is something to embrace and accept. Yoga is above all learning to accept ourselves. Sure, the Western culture tells us to work for the body we want, but yoga tells us to work with the body we’ve got.

When we take things personally,  we believe they somehow identify us. We are overly enamored with the image and out of contact with reality.

Always Do Your Best

This agreement ties into the one above fairly seamlessly, but from another perspective. This is perhaps the most misunderstood of all the agreements because the mind’s idea of “best” often has nothing to do with our true capabilities, instead being a composite of the voices of parents, teachers, and peers that we somehow internalized to keep ourselves safe. We often conceive of “best” by comparing ourselves to others or by gauging our abilities according to some unrealistic expectation.

Our best will look nothing like another’s, and it may change day to day. It will be impacted by how tired or stressed or hungry we are. This agreement is perhaps one of the most important to our yoga practice because, if taken in the right way, it reminds us that gripping and striving have nothing to do with yoga while it also reminds us that sometimes, the high road is a more challenging road, but it is still the one to take. And finally, if we do slip up or behave in a way that is out of alignment with our principles, this agreement reminds us that we’ve made the agreement to do our best, so there is no need to judge ourselves for messing up! We did our best!

So do your best. Not less. But definitely don’t set yourself up to fail with unreasonable expectations either. It is just as bad to grip and strive and force as it is to collapse and give up. This agreement points to the Buddha’s Middle Way…free from extremes.

Be Impeccable with Your Word

This applies to the promises we make ourselves and to the way we speak about and to ourselves. If we say we are going to practice daily for at least 1/2 an hour, then we should honor that. If we aren’t, we should investigate why we aren’t living up to our word. This is also about not using the word against yourself. Thoughts or outward expressions of “not being good enough”, being “too fat or too clumsy”, or falling short in any way is not only a terrible way to treat yourself, it’s a surefire way of creating self-fulfilling prophecies.

This agreement has a particular importance for those of us teaching yoga. If we’re giving too many or meaningless cues or worse, cues that have no basis in our own felt sense, we are out of alignment with our yoga. That isn’t to say we can’t be metaphorical or poetic. But is what we are saying rooted in both our experience and our knowledge?

We also have to be careful about making something “wrong”. Just because a certain approach or technique or cue doesn’t work for us, that doesn’t mean it won’t be better for a student. Rather than taking it on ourselves to make those kinds of decisions, we need to offer options and modifications to our students, helping them to increase their ability to perceive their own bodies, sensations and feelings so they can intuit what’s best for them.

Be Skeptical, but Listen

This 5th Agreement, added some years after The Four Agreements was published, reinforces that curiosity is a critical attitude to cultivate in yoga. When we remain curious, the body is free to discover its own path. This agreement reminds us that WE are the guru. So as we are listening to a teacher in a yoga class, we remember to listen and share in the group experience of whatever pose is demonstrated, but also to be skeptical.

Does the way a posture is being shown make sense to your body? Is your body sending you signals that it is too much or not enough, or that it is having to grip or resist? And even then, be skeptical. Is it your mind that is telling you your body can’t do another repetition of something? Perhaps you are stronger than you think?

Our curiosity keeps us open, free to explore and draw our own conclusions. Yoga isn’t about putting your body into a pose. It is about finding what the pose might be for your body.